The growing success of women in real estate 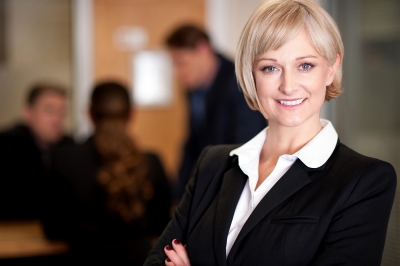 Real Estate has traditionally been a male dominated industry. According to records, in the 1950s in Australia, only around 15% of real estate agents were female. Now the gap is closing, with women making up 48% of all agents.

While a greater number of women work part-time, it’s not stopping their success, and the “feminine touch” certainly works to their advantage when it comes to selling property.

The shift towards an equal gender arrangement seems to be changing the sales techniques that agents employ, and the men are learning a thing or two from the women. Where a fast-talking, assertive and dominant ‘male’ style might have worked in the past, a more empathetic ‘female’ style is now proving to be highly successful. With more women in the industry than ever before, men are facing increasing competition from their female counterparts.

In Australia, women make the majority of all purchasing decisions, and the real estate industry is gradually recognising the importance of female staff. Market research has shown that female clients prefer dealing with female agents when they are buying or selling a property.

In fact, a new phenomenon now emerging in the industry is an “all female” office, with real estate companies like PRDnationwide, Progressive Realty and McGrath all having offices with female only staff.

Why are women so good at selling?

It’s thought that women are better listeners than men, according to research. Men and women communicate differently, and women tend to listen and communicate more naturally than men.

Men also have a natural and instinctive desire to compete, so a conversation for them often turns into a competition where someone has to win. Because of this, they are less likely to stop and absorb what they are hearing.

In real estate, being attentive to detail is a key element of success. Paying attention to small details, statements, concerns and opportunities leaves you in a very good selling position. When someone is attentive to detail, they tend to be better at providing solutions.

Women have a different work ethic

Cold calling is commonly used in the real estate industry because it works well, yet it is still a method that people use reluctantly. Women are apparently 25% more likely to make cold calls than men are. They know what they need to do to get the job done, and get on with it.

Women are easy to deal with

Buying or selling a property is a huge financial and emotional commitment. It’s not like buying a mobile phone, where you walk into a shop, have a 10-minute conversation with a sales person and walk out with your phone.

You need to build a relationship with the agent you’re dealing with, and both men and women often find that’s easier to do with a female. Women tend to nurture the professional relationship better, and that builds trust.

Obviously, men and women have differing traits and both have positive qualities.

While women tend to have a higher level of integrity, are more helpful and organised and pay more attention to detail, men are generally more comfortable public speakers, more focused on success and more competitive. And gender does not always determine whether or not you’ll be successful as a real estate agent.

Whilst studies may show that women do tend to have the traits that make a good real estate agent, it all comes down to the individual. If women really are more attentive, better listeners, and more inclined to hunt for new leads, then we should expect to see a rise in the number of women in the industry, and for them to eventually dominate.

It will be interesting to see what statistics show in the next 20 years.